Can they provide positive benefits for fat loss?

Taking ‘cheat meals’ or ‘cheat days’ is a widely used dieting practice amongst people in and out of the fitness industry. For many folks, cheat days essentially provide all the justification needed to eat more than you probably should during a diet phase.

The old school of thought behind cheat days is that consuming meals loaded with calories or taking entire days at significantly higher than normal calorie intake will lead to improved 1.) total weight loss 2.) increase your satiety and appetite regulating hormones, which in turn reduces hunger and can help improve future dietary adherence and 3.) they are a magic tool used to boost your metabolism during a fat loss diet.

The problem is, many of these claims don’t actually have any scientific evidence to support them, particularly when it comes to long term weight loss outcomes.

I understand there is a strong desire to believe that refeeds or cheat meals are effective tools for all the above reasons, and of course why wouldn’t you want to believe it, a cheat day gives people the opportunity to eat more desirable food with the belief that it’s having a positive effect on weight loss.

For this reason, I think it is important to point out where some of these ideas have been taken out of context, and why in some situations taking an untracked cheat day may actually be having a greater negative impact than a positive one, specifically in the setting of a diet.

Let’s take a look at the research on hormones

There were a large number of publications that came to life back in the early 1990’s, which alluded to that fact that when we take these periods of eating more calories, specifically carbohydrates, this increases our satiety hormone leptin, which proposedly helps mitigate the feelings of hunger we experience while dieting, and this might have beneficial effects for long term dietary adherence.

However what we actually see, and this is where the research has been taken out of context, is that leptin actually returns to its pre cheat meal levels, in a relatively short period of time. In some cases this return to baseline occurs within ~24 hrs or less. So if these levels are not sustained for the days to follow, what was the benefit of that cheat meal or refeed? At best, you’ve taken a day’s break from the diet and added an extra day to the time it takes you to achieve your desired weight loss goal. This however, is only true in the case where energy balance was resorted.

What’s more likely to happen in the practice of taking cheat days however, is that despite the few hours where leptin levels are restored, while you may indeed feel less hungry now that you’ve stuffed your face full with a giant sized cheeseburger, the extra calories you’ve just consumed from the cheat meal may have completely undone all the work you did throughout the earlier days of the week and now, this person is in the exact same place they were a week ago.

My husband (Dr Layne Norton) has a really great graphic that illustrates this in his book ‘Fat Loss Forever’.  It clearly depicts this type of dieting behaviour and why some folks just can’t seem to make any progress when it comes to fat loss.

We also know that just because you have less leptin in your bloodstream, it doesn’t necessarily make you hungrier, or at least not in an acute or short term situation. In fact I have a study here that looked at the serum leptin levels and appetite in people who either consumed breakfast or skipped breakfast, and what they found was that despite the breakfast skippers having lower leptin levels, their appetite scores were not significantly different to those who did eat breakfast (1).

So here is why the argument for acute rises in leptin just doesn’t make sense from a mechanistic point of view.

Leptin is produced by your fat cells, and as such, it makes sense why our circulating leptin levels correspond with our ‘cumulative energy balance’, and not the acute provision of energy from a delicious greasy hamburger. In order to increase your leptin levels back to your pre-weight loss values, you would probably need to restore the entire diet period’s energy deficit and essentially gain back all the fat you lost. No thanks!

Hopefully this explains why refeeds and the acute rise in leptin from eating a handful of carbohydrate rich foods, shouldn’t be the main focus during your weight loss diet. The rules for fat loss are fairly plain and simple, if you aren’t in an energy deficit, you aren’t losing fat.

What about cheat days and their effect on resting metabolic rate?

Is there a possibility outside of the hormone argument that supports the use of refeeds for significant increases in resting metabolic rate and greater rates of fat loss?

Several studies have looked at the effects of short term overfeeding and changes in resting metabolic rate, dating back as far as 1985. Almost all, with a few minor exceptions have reported similar findings.

One study found that 3 days of eating at 40% above maintenance resulted in a total daily energy increase of 7% which was found to be insignificant (2).

Other studies have found eating at 50% above maintenance resulted in a 54kcal per day increase in resting metabolic rate (RMR) (3).

All this being said, how significant is 54 kcals from a practical sense? What does that mean for fat loss? This likely depends on the individual’s endogenous BMR (maintenance calories). Even for a small individual who’s maintenance calories are ~ 1200 per day for example, 54 kcals is only 4.5% of their total daily energy requirements, so to what effect this actually has on someone’s long term weight loss, I personally just don’t think it amounts to much!

I also want to draw this back to what I discussed above. In a practical setting, what we typically end up seeing is people going overboard on foods that are extremely calorically dense during a cheat meal, and any small increase in RMR is totally outweighed by the large energy surplus from that meal.

Side Rant: I’ve always found it interesting when someone tells me they’ve been ‘told by their coach’ to avoid certain foods during the week, but on weekends it’s totally ok to have an untracked cheat meal, like there’s something magical about ‘the weekend’ that makes it perfectly fine to choke down whatever you want because those calories apparently don’t count! This blows my mind.

We do have a number of nutrition researchers who are currently investigating the association between body composition and refeeds, and for slightly longer periods of time than what’s been examined in older studies. You can learn more about these by checking out these topics on my YouTube channel.

To summarize the implication of refeeds and their effect on RMR, short term overfeeding doesn’t seem to have a significant impact on resting energy expenditure (<100 kcals per day).

Potential benefits of cheat days for performance and psychology.

The last point I want to cover are the potential benefits of cheat days for performance, as well as the psychological advantages.

We often hear people say refeeds can help you train harder because of the extra stored muscle glycogen. In fact there has been quite a bit of discussion over the years about carbohydrate availability and whether it is a ‘rate limiting factor’ for strength trained athletes. There are a handful of tightly controlled studies looking at bodybuilders and how carbohydrate availability affects performance, and while early studies seemed to suggest that carbohydrates made little to no difference when it comes to overall performance, recent studies may indicate otherwise.

This first study had bodybuilders perform 15 sets of compound quad exercises and 5 sets of isolation work, and this resulted in about a ~ 28% decrease in stored glycogen which is modest but not crazy. There have been other studies that also produced similar findings in strength trained athletes (4).

More recently, a study by Hokken, et al. 2020, which analyzed muscle glycogen storage depletion in specific type 2 muscle fiber types, which by the way are the predominant muscle fiber types used for muscle contraction during resistance training, found a 54% reduction in intra myofibrillar muscle glycogen stores (5), which is significantly more than what has previously been found.

My speculation and the practical implications of these findings are that it is possible that for some folks, particularly those who are undergoing a diet phase, or when we are in a state of negative energy balance, our body is now using a far greater %, or potentially all of their available glucose, therefore it’s possible that performance may start to decline and thus limit the total amount of work we are able to perform. Less accumulated volume may lead to greater losses in lean body mass throughout the course of the diet, which is not optimal for physique competitors. So is there any performance benefit to cheat meals/days? Well, I don’t have a hard set answer, however future research will hopefully lead us to more clear cut answers.

Lastly, what are the potential psychological advantages of cheat days or meals? A number of athletes have reported that taking these refeed days at either maintenance or even slightly above maintenance have helped them with their overall dietary adherence (6). It’s been reported that taking a single day or even multiple days on higher calories, gives them the psychological break they needed from caloric restriction, it gives them something to look forward to and fills up their cup for the start of a new week.

Based on these subjective findings, it does seem that for some individuals, refeeds would be a worthy addition to a diet. On the contrary, if these strategies cause the individual to be less adherent to their overall nutritional strategy, then refeeds may be inappropriate for that particular athlete.

For me personally, 7 day diet breaks were not a good strategy due to poor dietary compliance. I’d be inclined now having experienced a full 7 day diet break to try shorter, more aggressive refeeding periods, so I don’t feel like I’m getting too far away from my normal routine. 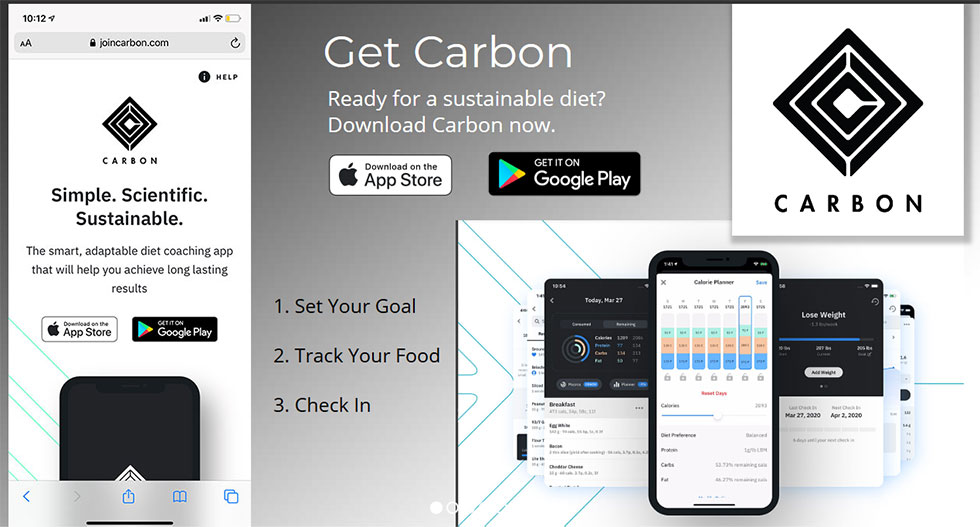 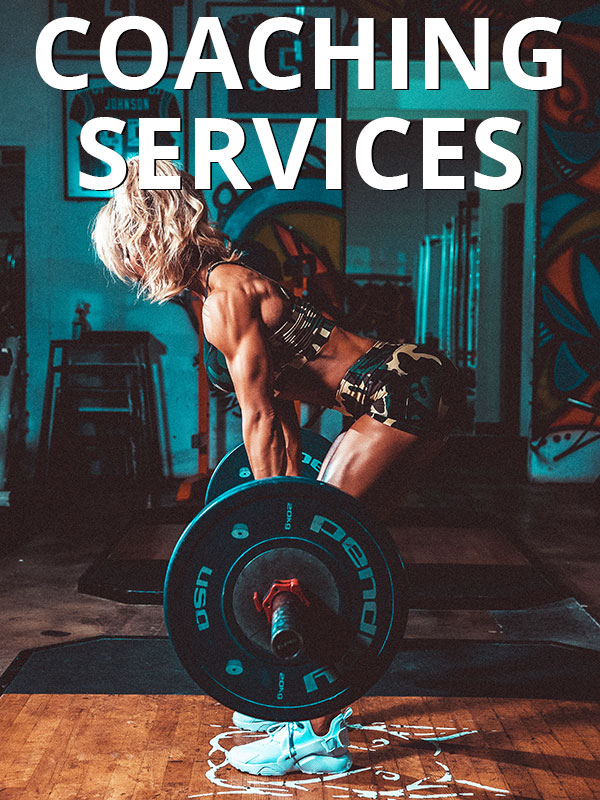 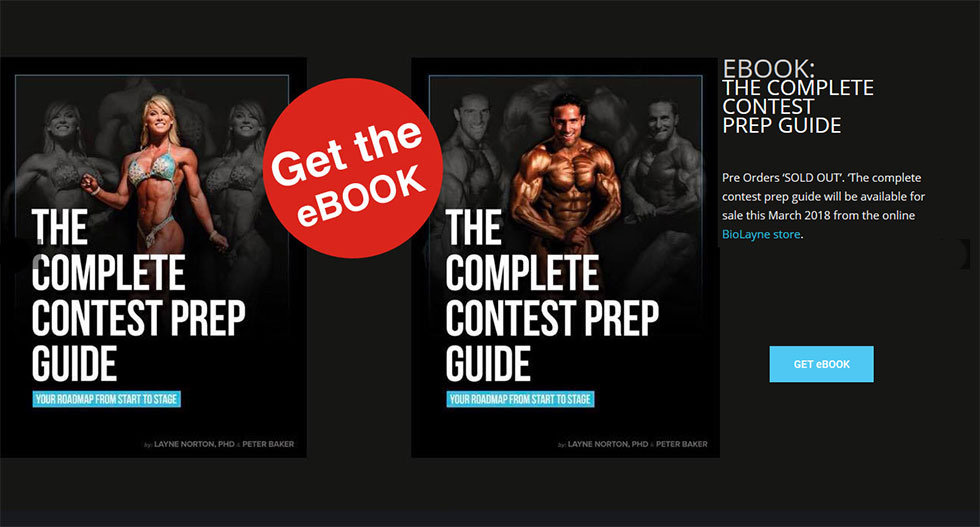 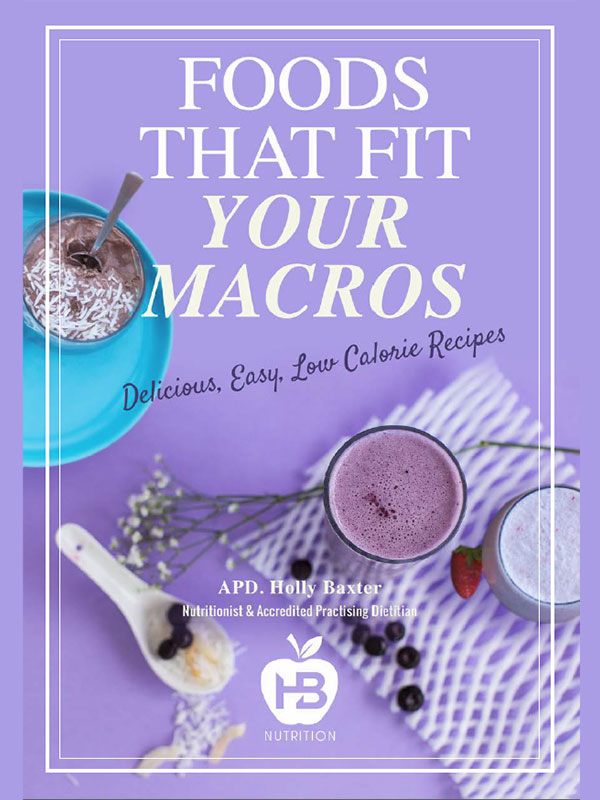 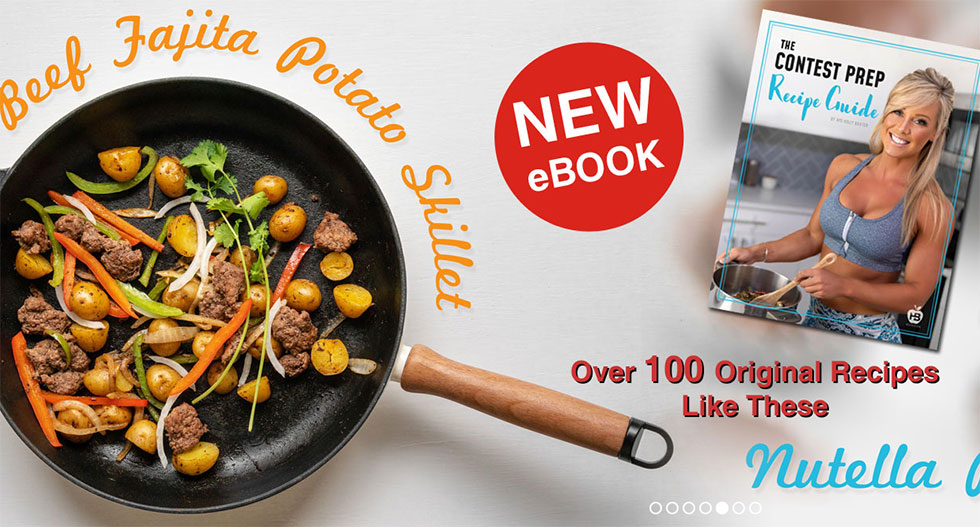 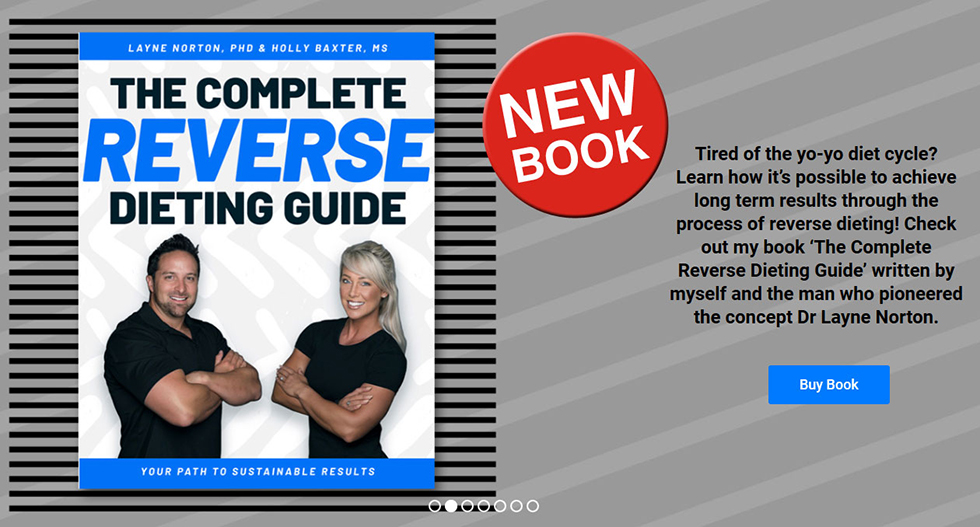 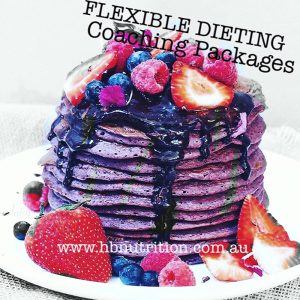 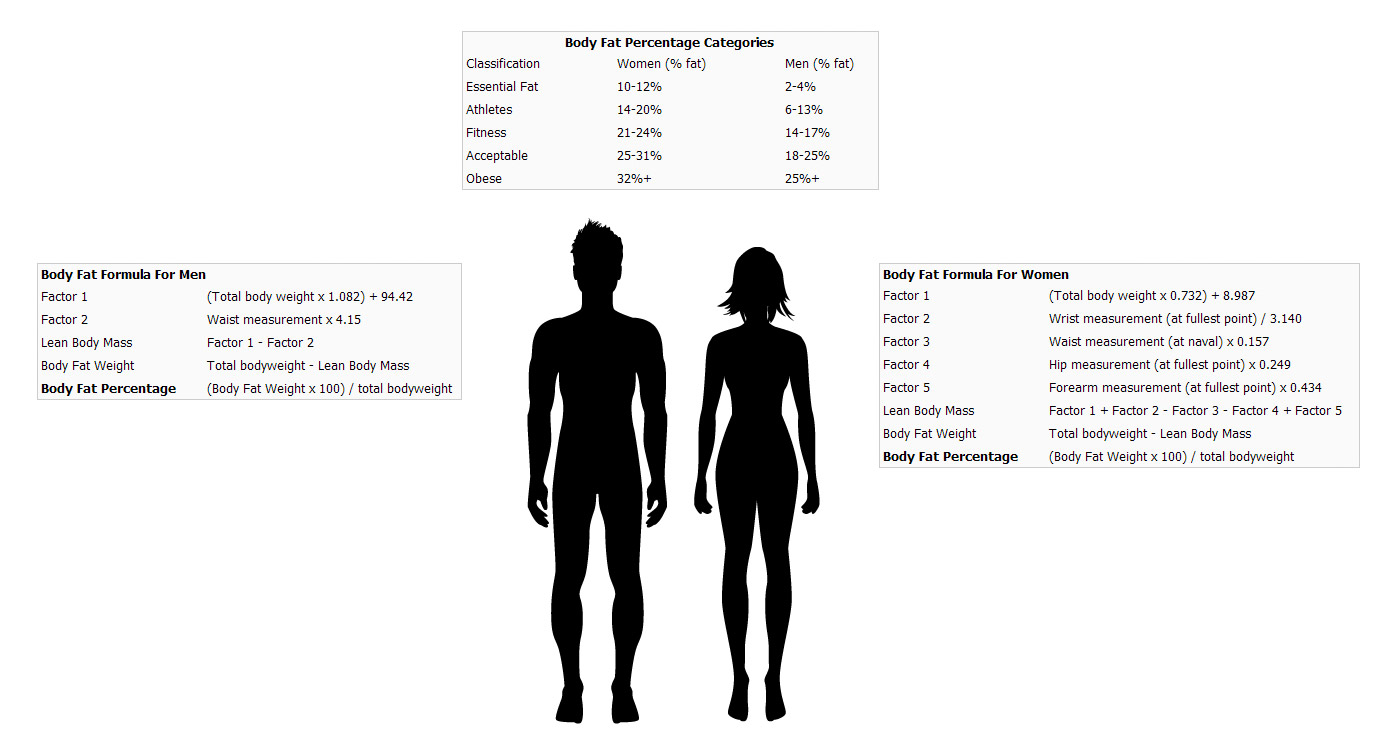